What is Yin Yoga?

In short:
Yin Yoga is a multifaceted approach to weaving the energy of yin and the tradition of yoga together via connection of the 5 dimensions of the body.

There are many ways in which to define and understand Yin Yoga. However, first we must pose this questions that will define the answer: ‘What are you coming to the practice for?’

Physical
Using floor based asana, in a slow and tender way, tension and compression is placed through a certain area of the body. Manipulating the shape of the body with props, the tensile force has permission to be gently absorbed by the fascial network system, heavily and mindfully supported, while navigating the landscape of comfort in its physical entirety.

Mental
However, Yin Yoga cannot be isolated only by its physical practice. In fact we use the physical sensations, positions and target area focus to enter the relam of the mind. By focusing and centering the mind on one aspect of the practice we induce and invite in a meditative scope of practice

Energetic
Yin is an energy, coupled with Yang. One cannot exist without the other. While Yin Yoga is a new and modern style of Yoga, ultimately it is an energetic approach to the practice of Yoga. We practice Yoga in a Yin way with principles that embody Yin.

Emotional
By facilitating a space for the self to drop into the practice with permission and care, the body natural moves into the parasympathetic nervous response. This is one of 3 responses (fight, rest, freeze) and works towards the healing aspect of body-mind-spirit. This greatly involves the emotional dimension due to its organic fluctuations defined by the nervous system response. 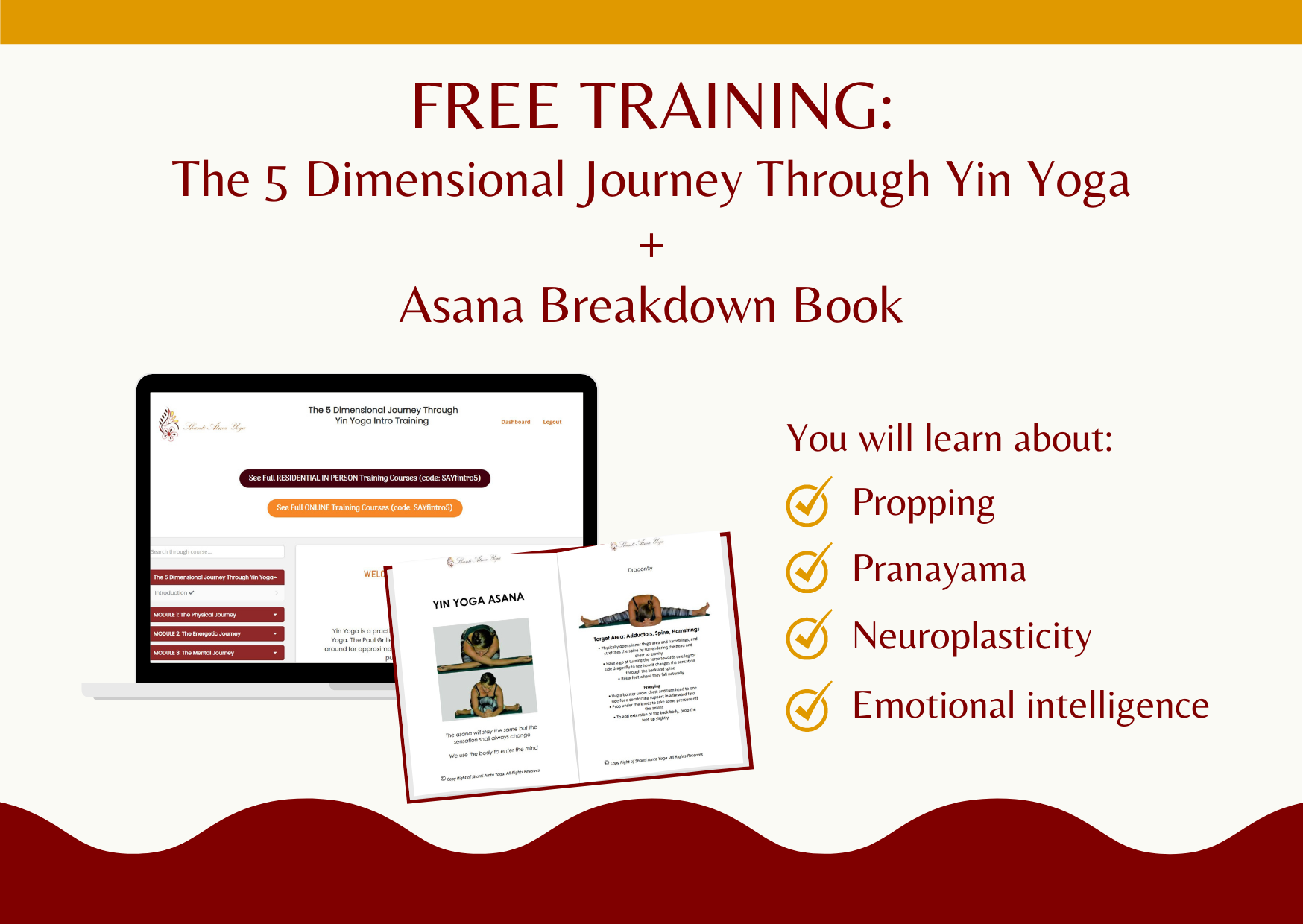 Subscribe to receive a free intro training course: 5 Dimensional Journey Through Yin Yoga, a FREE asana eBook, and 10% OFF your first training course!